Back exercises are important as the back takes part in almost all exercises you will perform. Whether you just want to restore an upright posture or you’re going for back muscles, resistance band exercises are among the best you’ll come across.

In all the exercises, ensure that the weight and the work is done by the back more than the arms. With the right form, you’ll have a well-toned and strong back. Following is a listicle of the top band exercises for your upper lower back

Pull-ups are among the best workouts for your back. However, it’s usually quite tough getting more than a few reps for this workout. To aid you perform more of them, a resistance band is what you need.

This workout targets all your back muscles from the back of the neck all the way down to the thighs. With the band aiding your pull-ups, you need to maintain an upright posture throughout the exercise. Perform 15 reps at least.

The lat pull down exercise entails pulling down on an anchored band while keeping the body straight as follows:

Perform 15 reps of this exercise.

This workout is reminiscent of doing a one-armed barbell row. Only this time the weight comes from the resistance band.

This routine is very much similar to lifting weights off the ground in a standard deadlift. The mistake lots of people make with this kind of exercise is that they let all the weight fall on the back. This is dangerous whether you’re using the band or actual weights. Rather, you should distribute the weight between your back and your legs with the legs doing the most work.

The correct procedure is as follows:

Perform 15 reps of this exercise in 3 sets.

This exercise has a focus on your upper back muscles and even works the chest as well. You perform it as follows:

Perform the workout for 15 reps.

The kneeling Superman exercise is very much like the standard quadruplex only that you’ll be adding a band to make it tougher to stretch out. It stretches and tones back muscles when done right.

After 15 reps, change to the other hand.

This exercise is very much similar to the stiff legged deadlift save for the way it’s performed. The initial procedure is also almost the same and it’s as follows:

Perform 15 reps for this exercise.

It’s performed as in the steps below:

Perform 3 sets of 15 reps each and a one-minute break in between.

The standard deadlift which harnesses a lot of your torso muscles cannot miss from this list given its effectiveness. Unlike the typical one which uses weights to build your back muscles, this one uses the simple resistance band to attain similar results.

Given the lower resistance in the bands compared to actual weights, the risk of injury to your back is very low.

This workout should also be done in 15 reps and in three sets.

The reverse fly exercise is also similar to the reverse fly weight exercise. The difference is that, in this case, you won’t be using weights but the band alone.

You can also perform 15 reps of this exercise in 3 sets.

These workouts seem simple but will build your back to allow you develop strength in the rest of the body. This way, you can work out much better and safely. The catch is to do them routinely for the best results.

Best Resistance Bands for the Back

The five best resistance bands for your back include the following:

You can get them in most gym shops and even on Amazon at very affordable prices.

Keep in mind that with workout equipment, the most expensive one doesn’t always fit your needs. Rather, read the product reviews and apply the same to your case to find its suitability.

The items on this list can be used to perform workouts on various parts of your body including the hands, legs, chest and other parts of the body. 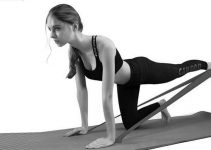 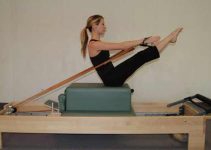 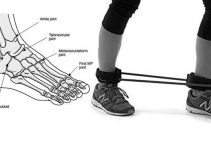